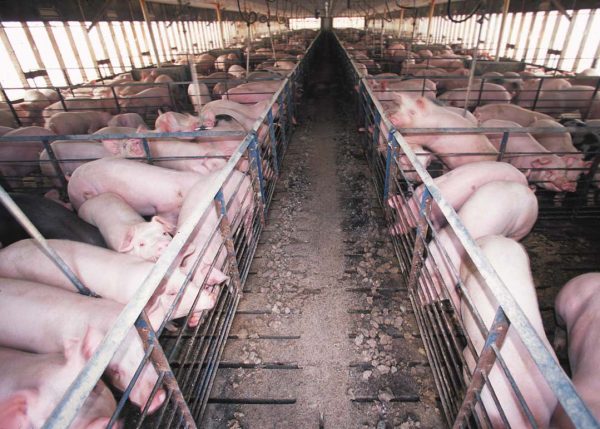 Strasbourg/Brussels – The European Parliament’s environment committee has voted to increase environmental and animal welfare protections under the EU’s common agricultural policy (CAP), but the improvements are not yet sufficient to tackle the problem of factory farming, said Greenpeace.

MEPs voted to restrict funding for livestock farms that exceed a certain ‘stocking density’, to set targets to reduce overall stocking density and for new rules saying that farm animals must be able to lie down, stand up, extend their limbs and turn around. [1] The committee also voted to block national subsidies for large livestock facilities not respecting basic animal welfare principles.

Greenpeace EU agriculture policy director Marco Contiero said: “Factory farms wreck the countryside, heat the climate and put small farmers out of business, but MEPs put forward some solid plans that could start to change that. Study after study shows the immense damage factory farming does, so Europe’s agricultural system must evolve. Theagriculture committee must now listen to what science tells us is good for the planet, and help small farmers – make the CAP work for ecological farming, and end factory farming.”

The environment committee also voted to increase CAP funding reserved for climate and environmental measures, devoting 40% of the rural development budget, instead of 30% as the European Commission had proposed, and 30% of the direct payment budget.

This week, Greenpeace research revealed that over 71% of the EU’s farmland is used to feed livestock, and that 18-20% of the EU’s total budget, through the CAP’s payment system, is linked to the animal farming sector. Eurostat’s own figures show that 72% of Europe’s livestock is produced on the largest category of farms.

Next steps for CAP