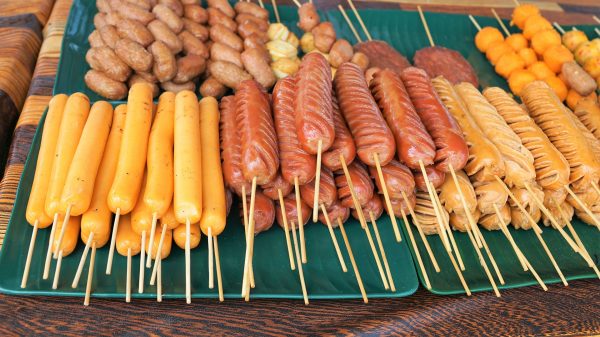 Pork prices in China are climbing at a blistering pace despite government moves to cool markets in the world’s top consumer of the meat by selling chunks of its frozen reserves.

Supply has also been curbed by environmental measures introduced in 2010 that forced small-scale pig farmers to exit the industry.

Soaring prices are a growing headache for the government as pork is at the heart of Chinese cuisine, eaten as a staple form of protein and featuring prominently in lavish meals to celebrate everything from weddings to the Lunar New Year.

But the rapid increase in prices are a boon for pork exporters such as the United States and Germany, with China forecast to ship in a record 1.5 million tonnes in 2016, potentially overtaking Japan as the world’s top importer.

“The issue of being … well-fed is an inflexible criterion that must be met. For the Chinese government, it’s not just political, but it touches on the big issue of social stability,” said Feng Yonghui, the chief analyst of the pig industry website www.soozhu.com.

“You don’t want too many complaints about ordinary folk not being able to eat,” Feng added.

The nation accounts for around half global pork consumption, with prices for the meat constituting around 4 percent of its consumer price index.

Beijing’s municipal government in early May said it would release 3.05 million kilograms of frozen pork reserves, among the largest of such publicly-announced steps since the stockpile was created over seven years ago. Cities including Dalian and Qingdao also took similar steps.

Other measures taken in Beijing and some other cities include encouraging slaughterhouses to increase production as well as handing out subsidies to supermarkets.

This week, however, average national pork prices topped 31.20 yuan ($4.73) per kilogram last week, up more than 14 percent since the start of the year and nearly 40 percent from a year ago.

“The government doesn’t have a very high volume of reserves, so (any release) is likely to have only a limited effect,” said Chenjun Pan, a senior analyst at Rabobank in Hong Kong.

“In the past, the government released pork reserves but it didn’t work very well. This time it did it again and the main reason is not to really increase supply because the amount is very limited, but the government just wants to give a signal to the market that it is intervening,” Pan said.