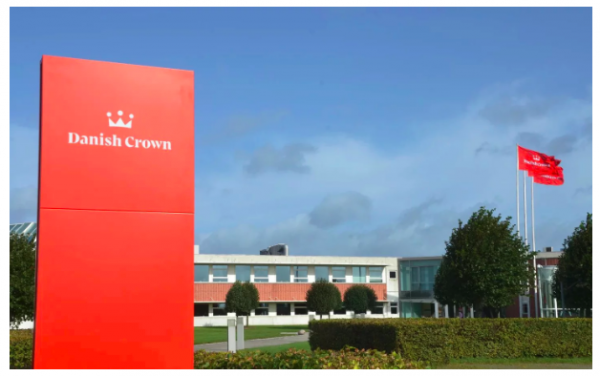 Danish Crown has created a new brand identity as it aims to highlight its move towards a more sustainable future.

As part of its rebranding, the company has created a new logo and visual identity which was unveiled at its 75 sites and offices yesterday across 23 countries, along with the launch of its new brand web site.

Earlier this year, the Danish meat processor announced its ambitions to halve its climate footprint by 2030 through reducing greenhouse gas emissions across the entire food supply chain and intends to communicate its focus on sustainability to its consumers through its new look.

Dealing primarily in the processing of pork, Danish Crown has reported that 90% of the pigs sourced by the company come from sustainably certified farmers.

CEO of Danish Crown, Jais Valeur said: “We want to create a closer link between our farmers and our consumers and to make it easier for consumers to make climate-friendly choices.

“We are setting a clear direction for owners and employees; and we are sending a clear message to our customers and society in general about our vision to create a more sustainable future for food.”

As well as the change in visuals and narrative, the rebrand has led to the change of name for subsidiary, Tulip Food Company to Danish Crown Foods.

Kasper Lenbroch, CEO of Tulip Food Company said: “It is a natural next step for us. The new consumer demands require that we move closer together throughout our value chain and that we create the link back to the farmers behind the products.

“We feel at home under Danish Crown, which gives us an obvious opportunity to use our sustainability agenda to further strengthen our current product brands.”

Over the upcoming months, the new Danish Crown corporate brand will be appearing on its products.