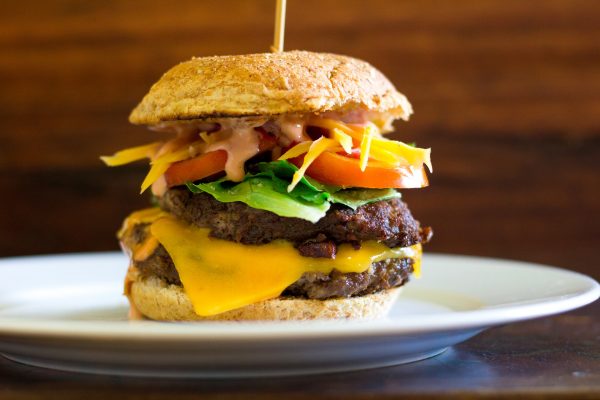 Vegan start-up valued at $1.5bn after issuing new shares at $25 each

Beyond Meat, the California-based company that makes plant-based burgers, raised $240.6m from an initial public offering that was increased on the strong appetite of investors for its growth prospects. The company priced 9.6m shares at $25 a piece, at the high end of an already upsized price range of $23-$25 a share, according to two sources with knowledge of the terms. The IPO price gives the company an initial market value of $1.5bn. Beyond Meat’s flotation comes at a time when appetite for plant-based meat substitutes is growing. Consumers in developed markets are opting to eat less meat or turning to vegan or vegetarian foods, citing environmental and health concerns. “I am, like many, troubled by the fraying fabric of our rural heritage, one increasingly torn by vanquished towns, marginalised populations ensnared in an opioid crisis, and hidden factory farms,” Beyond Meat’s founder and chief executive Ethan Brown said in regulatory documents. He added that “instead of growing low-value commodity feed for animals, I see a future of farmers growing higher value protein crops for more direct human consumption via plant-based meat.” New spins on traditional vegetarian options are mimicking the taste, texture and smell of meat in order to attract meat-eating consumers. Rather than processing vegetables, Beyond Meat analysed the molecular structure of meat and recreated its own version using amino acids, lipids, minerals and vitamins extracted from plants. Beyond Meat’s burger, which accounted for 70 per cent of its revenue last year, is made primarily out of yellow peas and uses beet juice to mimic the “bleeding” of a meat burger. The company’s menu of products also includes plant-based substitutes for sausage, chicken and beef. Beyond Meat said it would use the proceeds from its IPO to invest in new manufacturing facilities and R&D, stepping up competition with rival Impossible Foods, which is also raising money to increase production capacity. Impossible investors are hoping the current fundraising would value the company at about $1bn. Impossible teamed up with Burger King to trial the “Impossible Whopper” this month in St Louis, Missouri, the heart of beef and barbecue country. José Cil, chief executive of Restaurant Brands International, the owner of Burger King, told analysts that it was preparing more test markets followed by a nationwide launch at the end of this year. Beyond Meat’s revenue in 2018 was $87.9m, up from $32.6m in 2017, with net losses flat at around $30m in each year. Goldman Sachs, JPMorgan and Credit Suisse are lead underwriters on the offering. Beyond Meat’s IPO comes at a busy time for the US listings market. Several of the most high-profile, private Silicon Valley technology companies are going public. The We Company, parent of the shared office space provider WeWork, disclosed on Monday it had filed paperwork for an IPO. Uber is expected to list next week while Lyft and Pinterest have already have joined the public markets.